In the wake of the Coronavirus, we’ve got a few more ideas and products to add to your toolbox.  Try these solutions from Nu-Calgon.

Can You Imagine What Life was Like Before Air Conditioning? 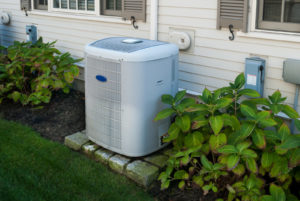 This week, we’re taking you on a field trip back in time – to an era before the innovation of air conditioning.

Every spring and summer, the previous heating season melts away. That means it’s high time for the cooling season to begin. Suppose your HVAC unit (or the entire system that supports it) isn’t ready for such a transition. In that case, the chances are good that you’ll be miserable until you rectify that situation. But this week, we’re taking you on a field trip back in time – to an era before the innovation of air conditioning. What was that like, exactly? Have we got a story for you!

A Short History of Air Conditioning

You might think that the concept of AC has only been around for a few decades. The truth is that such a thought is mistaken. The invention of these household appliances happened in 1902. Did you know that the first refrigerators were invented in 1834? We probably wouldn’t have one without the other.  Besides, home refrigerators wouldn’t become a reality until 1913. It would be another ten years before self-contained units became available.

The Homes Were Built Much Differently

Modern principles of home design are vastly different from those of past centuries. Changes in architecture, interior design, engineering techniques, and social life evolved all contributed to such a dramatic change. For instance, homes were built with the intent to keep their occupants cool in hotter weather. Higher ceilings were a common sight. Porches and deep eaves were used to shade the windows from strong sunlight. Trees would also be used to shield homes from the heat radiating from the summer sun.

Everyone Spent More Time Outside

It’s also important to note that the way life played out was also much different from these days. Front porches became so popular because people could catch cool breezes more easily when relaxing outside. It’s part of the reason why porches, patios, rear decks, and sunrooms are so incredibly popular in the modern era. Central air is an amenity we take for granted because it is deployed in our homes, offices, and public spaces such as airports and cinemas.

In fact, the lack of indoor cooling systems helped spur the development of the movie industry. The summer blockbuster phenomenon was derived from the powerful air conditioning systems boasted by movie theaters in the 1930s and 1940s. That dark, cool atmosphere didn’t always have surround sound and massive screens, but at least it was an easier way to stay cool in the blazing hot summertime!

We Are Proud of the Company We Keep

William E. Kingswell has remained a distinguished provider of commercial and residential heating and cooling services since 1937. We have provided unmatched customer service to all of our clients. We enjoy being the preferred HVAC equipment distributor of countless customers. We offer a comprehensive range of high-quality heat pumps, boilers, unit heaters, HVAC accessories, and more. William E. Kingswell works with businesses and homeowners throughout Maryland, Washington, D.C., and Virginia, including Baltimore, Frederick, Annapolis, Fairfax, Manassas, Richmond, Fredericksburg, Virginia Beach, and Leesburg. To learn more about our extensive range of SpacePak, Concord, Allied Commercial, and Bard HVAC equipment, give us a call at 301-937-1900 or contact us today!

Categories: Air Conditioning | Tags: AC, air conditioning, life, and summertime heat
This entry was posted on Friday, May 28th, 2021 at . Both comments and pings are currently closed.